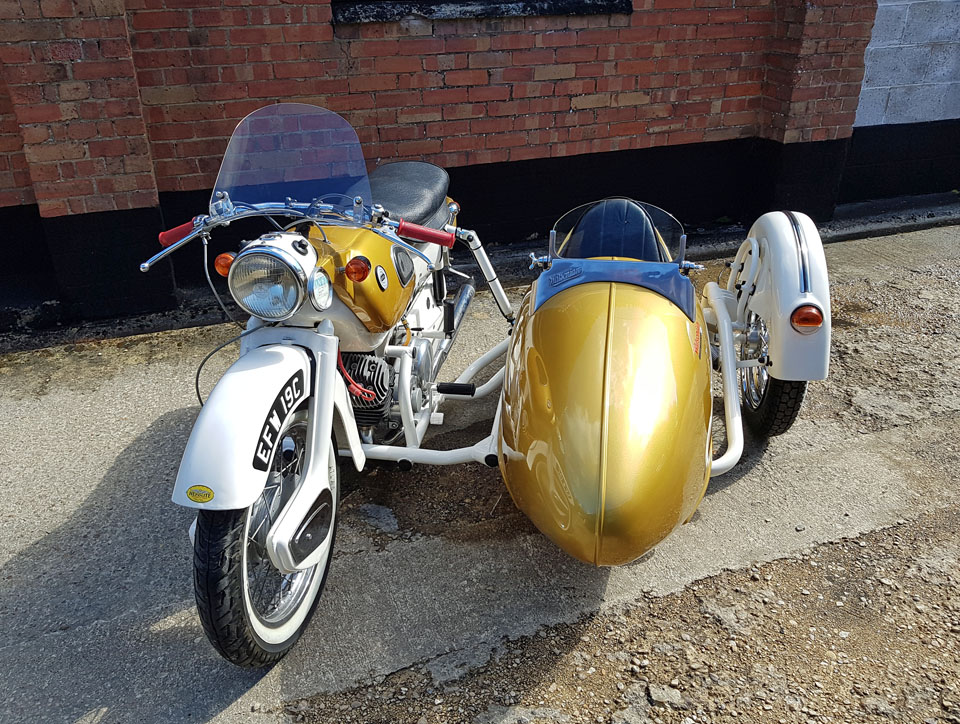 This year marks the 75th anniversary of our lightweight Prescott sidecar, which was introduced in 1946 as a stop-gap, because materials to build existing models were in short supply.

Initially made using a batch of surplus RAF Mosquito reserve fuel tanks, production ceased when these were no longer available, but it was revived half a century later, using a mould taken from one of the original spun plywood body shells.

Light, slim and compact, the Prescott is ideally suited to small capacity motorcycles, and we were especially excited when a customer recently asked us to fit one to his 1965 Ariel Arrow. This innovative British 2-stroke twin has a monocoque pressed steel ‘backbone’ which doesn’t offer any obvious mounting points for a sidecar, so our engineering team developed a sub-frame, to provide secure mounting points. Then they powder coated the sidecar chassis to match the Ariel’s frame and had the sidecar body sprayed to match the Golden Arrow’s distinctive paint.

We think the result is a fitting way to celebrate the Prescott’s 75th birthday.

Made in the UK to order, prices for the Prescott Sidecar can be found here and we can provide a factory-fitting service if required.