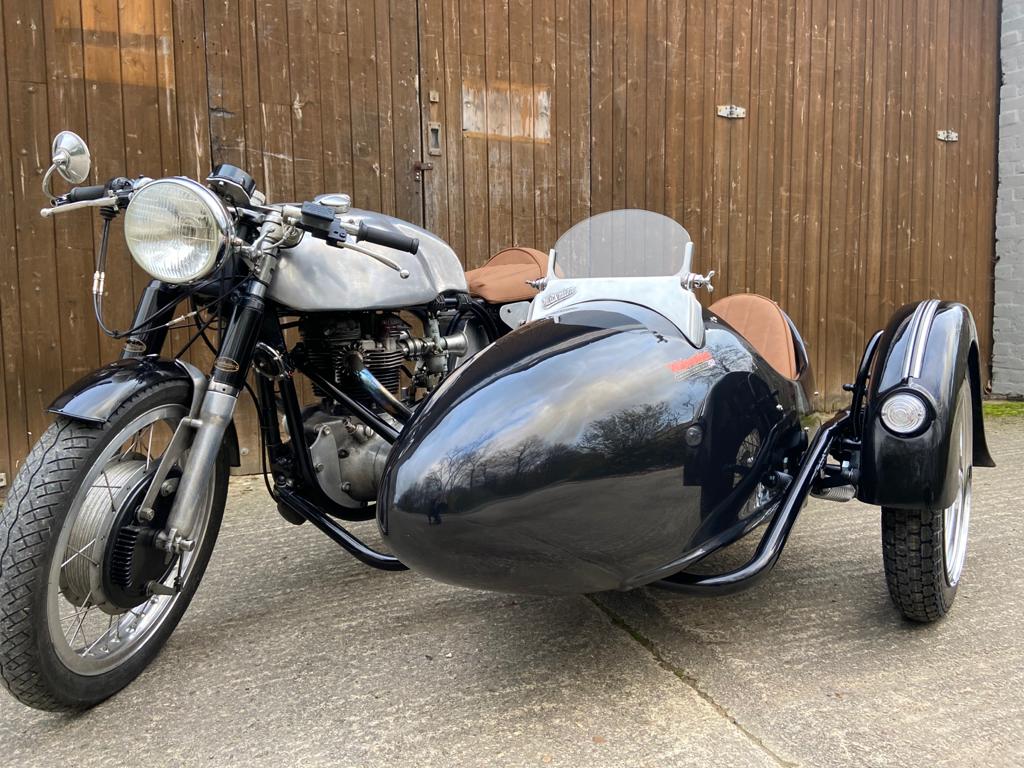 Sidecars can be fitted to almost any motorcycle that has a tubular steel frame, as these two recent examples from Watsonian prove

Dating from the 1960s, the Triton cafe racer has been paired with a lightweight Watsonian Prescott. Powered by a Triumph parallel twin motor, sitting in a Norton Featherbed frame, the classic cafe racer is more than capable of hauling the compact sidecar. Meanwhile the Prescott, with its aerodynamic shape, derived from an aircraft fuel tank, and Brooklands screen, complements the bike’s sporting lines.

Watsonian build all sidecars to order, and the Prescott’s seat has been upholstered in tan leatherette to match the motorcycle saddle.

Also powered by a twin cylinder Triumph motor, the Triumph Bonneville America is a 2014 model and is mated with a Watsonian Monza that has been colour-matched to the bike. Originally introduced in the 1960s, the Monza is a sport-touring sidecar, with plenty of legroom and luggage space that can be accessed easily by tilting the seat forwards.

Unlike the Prescott, which sits in a platform chassis, the Monza has a perimeter frame, providing additional rigidity and a lower centre of gravity, for high speed stability. Both sidecars are attached to the motorcycle the time-honoured way, with four steel arms, expertly mounted for ‘triangulation’ at the front and rear of the chassis.