Watsonian imported Royal Enfield motorcycles from 1999-2013 and since then have become a franchised dealer for the brand, giving us unrivalled expertise in the field and the ability to supply a brand new bike and sidecar ready for you to ride away.

Theses days motorcycles of 500cc or under are considered realtively small capacity, but during the 1950s it was common to see machines of 250cc pulling a sidecar and the World Championship winning Norton/Watsonian combinations were powered by a 500cc single cylinder bike. The torquey 500cc single cylinder engine found on the Bullet and later Classic models is well suited to a single seat sidecar, like the GP Manx or Prescott, and we have been successfully fitting sidecars to them since the 1990s. We also offer a tradesman’s box – that sits on the Platform Chassis – for those who need to carry loads.

These robust and well-made motorcycles can comfortably manage a single seat sidecar, like the GP Manx or Prescott.

Based on the smae platform as the Meteor 250, the Classic 350 is also suitable for a single seat sidecar, such as the GP Manx or Prescott

The new Interceptor and Continental 650cc twins are capable of hauling the Grand Prix and Monza ‘sport touring’ sidecars or even the wide-bodied GP700.

Buying a ready-made outfit is less expensive than buying a bike and sidecar separately, because we can fit the sidecar during the pre-delivery inspection stage of motorcycle preparation.

Watsonian sidecars are available in plain colours or painted to match the machine’s paintwork. 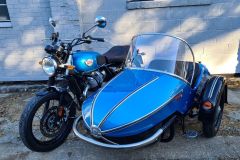 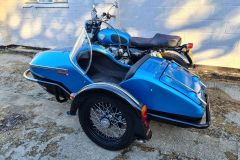 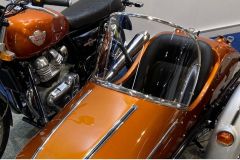 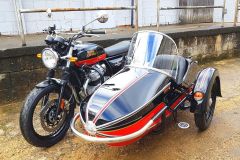 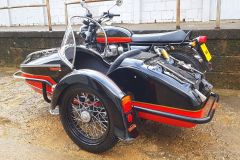 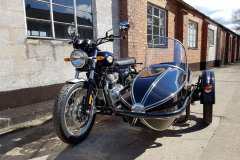 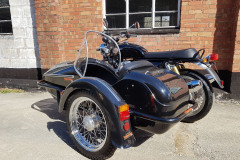 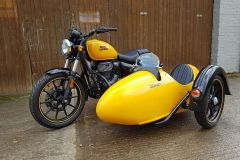 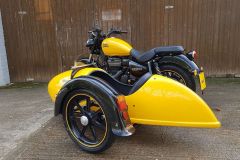 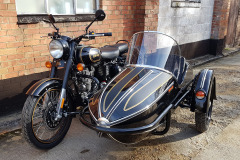 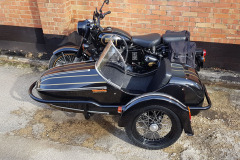 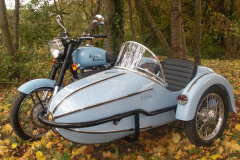 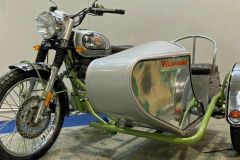 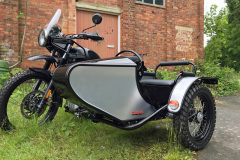 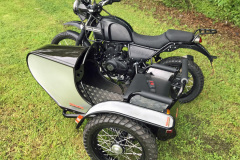